If “Bitcoin” is the first thing you think of when you hear the word “blockchain,” you’re not alone. True, blockchain’s a major tech breakthrough behind the cryptocurrency, but that’s only a tiny fraction of the entire story. RGP’s Ron Rod details how this secure system of recorded information is poised to change entire industries and sectors. Does your company have blockchain initiatives in its “Digital Transformation” roadmap?

The 1980s gave us personal computing. The 1990s networked systems. The aughts enterprise applications. More recently, 2010-2020 gave us cloud migrations. Now we’re at the precipice of what will likely be the next era of computing history: distributed computers and blockchain.

The Next Chapter in Computing History

Like most technological eras, it started almost unnoticed. Developed by a Japanese engineer in the early 1990s, it took years before this transformative solution—recording information in ways that make it difficult, if not impossible, to change or hack—went mainstream, adopted for use as contracts with distributed ledgers by the 2010s and handling cryptocurrency transactions by 2021.

Gartner estimates that at least one $10 billion+ blockchain-based business will be up and running by 2022 and the solution will grow to more than $3 trillion in business value by 2030. With numbers like this it’s time to take a closer look at blockchain’s potential. Below are just a few examples of transformative uses in several industries and sectors:

Automotive
Can trace a piece of equipment or a part within the unit. Maintains records showing supplier, in-service data, maintenance records, hours of operation as well as change of ownership.

Chain-of-Custody and Control
Tracks movement of documents and items through collection and safeguarding. Analysis lifecycle by documenting each person who handled evidence, date/time it was collected or transferred as well as transfer purpose.

[Blockchain has] the disruptive potential to empower new operating models, but its initial impact will be to drive operational efficiencies and security, harnessing the power of multiple verifying computers, in multiple locations, ensuring no single point of failure, or focus for a targeted attack.

What does this mean for business? Lots. Imagine a manufacturer savings millions on warranty recalls. Or a food manufacturer tracing tainted produce. Or importers ensuring their supply chain is OEM-authentic. All of these actions become much easier—and much cheaper—to do because of blockchain’s secure track-and-trace capabilities.

On a human level, it can also mean saving lives. Some readers may remember the Tylenol poisoning in the early 1980s that killed seven people and resulted in a massive $100 million recall of 31 million bottles nationwide. That single incident almost sank one of America’s most venerable pharmaceutical concerns. Thanks to their fast-thinking, however, they not only saved the company, their actions changed the way virtually all products are packaged to this day.

Now imagine if they had blockchain back then. They would have been able to target the specific distribution locations of their product. They would have had less financial damage. And just as important, less brand damage done due the public perceptions in lack of product and distribution controls. Brand equity and loyalty takes years to develop, but only one incident to diminish it, and it’s very expensive to recover.

Blockchain is today at the cusp of just such exponential growth. That same Gartner study mentioned above puts blockchain value-add at $175 billion in just the next three years alone. As companies begin imagining how this solution can be applied to their day-to-day business, it will also likely mean tech history repeating itself: early adopters can get significant advantages over competitors while those who delay may end up scrambling.

Plan now before your competitors use blockchain to their competitive advantage. As Benjamin Franklin famously said: “By failing to prepare, you are preparing to fail.”

Blockchain is no exception. 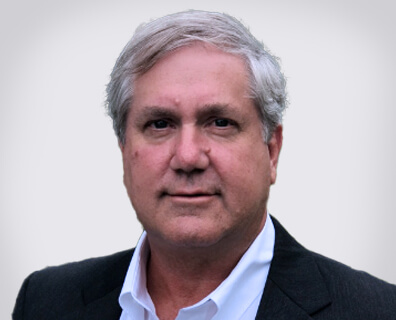 RGP offers a variety of professional services and solutions to support your organization’s Digital Transformation:

Get Ready for the Metaverse: 7 Milestones for Your Cloud ERP Roadmap

Choosing the Right Cloud ERP System to Support Your Business

10 Reasons Cloud ERP Implementations Fail (and How to Ensure Success)

Cloud ERP Migration: How to Ensure Your Organization Is Ready for Change

Previous Article Leveraging Talent to Accelerate Transformation and Growth
Next Article Cloud ERP Migration: How to Ensure Your Organization Is Ready for Change
Scroll To Top