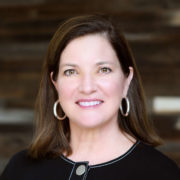 Dubbed the “she-cession” by some analysts, the numbers are sobering:

Duchene writes that business should use this month’s commemorations of women as a platform for action by focusing on three main areas:

“We may be arriving at an inflection point that can be win-win if we recognize the opportunity, and most importantly, if we act—creatively and boldly,” she writes. “This year’s Women’s History Month could be the catalyst.”