Closing the Books on the First Financial Close of the Pandemic

The financial close is stressful, even in the best of times. Getting through it in the midst of a pandemic—with everyone working remotely—would have been unimaginable. Now that we’ve done it a couple of times, what have we learned? And how can you be better prepared for next time?

In late February of this year—which was just five months ago but seems like a lifetime—two of our clients told us they were planning something that seemed radical: They were going to attempt to close their February financials with their staff working from home. For most of us at the time, talk of the new coronavirus was, if discussed at all, commentary on mild disruptions isolated to the Asia Pacific region, resulting from a SARS-like outbreak in Wuhan. These clients, however, had the foresight to ask the question: “What if it happened here in the United States?”

Just a few weeks later, companies and municipalities began to issue stay-at-home orders to “flatten the curve.” Despite some of the early warning signals, many of us were caught off-guard. As someone who spent years in the supply chain world, my thoughts immediately leapt to thoughts of supply chain disruptions—closed manufacturing, shipping delays, deliveries that couldn’t be accepted. How would companies handle their close if forced to work in a distributed manner?

Change has a way of shining a light on inefficient processes, exacerbating bottlenecks, data quality issues and processes with too many interdependencies.

Then, realizing that March represents a quarter- or year-end close for about two-thirds of (reporting) companies in the US, I began thinking of my finance and accounting clients. “How are companies going to handle their close if they’re forced to work in a distributed manner? How will this impact companies’ revenue cycle? Will they be able to pay their bills on time?”

Learning from Leaders Who Weathered the Storm

In mid-April, I began interviewing a wide range of clients in industries spanning global manufacturers, high-tech, hospitality, media, services and gaming, to name a few. I spoke with Chief Financial Officers, Chief Accounting Officers and Controllers to learn how they were weathering the storm. While I had several topics (a million questions!) I wanted to cover, I decided to focus on the period-end close: How had they performed? What steps had they taken? And what lessons had they learned in shifting BAU (business as usual) to SIP (shelter in place) or WFH (working from home).

The diversity of conversations was fascinating. Some executives with whom I spoke were pleasantly surprised by their team’s performance—others, well, not so much. Most met their deadlines, although some met those targets at a significant cost: in long hours, extra meetings and on-the-fly expenditures. So, what did these organizations have in common?

Those that had either recently invested in an overhaul of their record-to-report process—or who have adopted a continuous improvement mindset—were far better off than those who have not. This isn’t surprising. Change has a way of shining a light on inefficient processes, exacerbating bottlenecks, data quality issues and processes with too many interdependencies. Any chain with a weakness in one or more links will break under pressure: a chain of steel, a supply chain, a value chain.

Correspondingly, processes beyond the financial close are strained under the constraints of COVID-19: the spend cycle or “procure to pay” (P2P) is vulnerable, as is the revenue cycle (order to cash, O2C). In fact, as we look across an organization, major disruptions have the potential to threaten just about every process that’s been neglected or hasn’t been pressure-tested.

Major disruptions have the potential to threaten just about every process that’s been neglected or hasn’t been pressure-tested.

Using Technology to Optimize the Close

Technology, of course, plays a significant role in both efficiency and effectiveness—and this is true of the financial close. An obvious area to examine is cloud-based platforms that help optimize the close. Platforms such as BlackLine provide a common platform for organizations to share information vital to the close in real time.

I was surprised to hear how many large organizations still have policies, procedures and evidence published in binders—yes, three-ring binders—rather than storing them centrally, digitally, so that all stakeholders can reference and access the information they need. Such firms are still heavily reliant on Excel workbooks that are passed from team member to team member, group to group, for compilation, reconciliation, review, approval, audit and reporting. And some still rely upon paper signatures by submitters and approvers.

Basic technologies that many of us take for granted proved to be key enablers—or bottlenecks for those without.

Obviously, this creates an enormous bottleneck when your team is working from home. During my interviews, I heard stories of people dropping off their work papers at an empty office, followed by others who drove to the office to review, approve (and sign!) them. For these firms, adoption (in mid cycle) of eSignature technologies like DocuSign were a godsend that eliminated time and unnecessary effort during the close.

Basic technologies that many of us take for granted proved to be key enablers—or bottlenecks for those without. Internet access, for one. Always a bit of a geek, I’ve had a reliable internet connection since the early ‘90s. My discussions, however, revealed that several companies had to make arrangements for new connections—or mobile hotspots—to ensure their team members could contribute. And with shelter-in-place orders forcing school-age children home, bandwidth became a premium.

Other examples include laptops and monitors. Some firms had to order dozens of laptops and additional monitors. And when supplies ran short, they were forced to either return to the office (often working in shifts to enable distancing) or to simply grab company-owned equipment to take home.

Communicating Early, Often and with Empathy

Firms that held to a regular communications tempo throughout the close fared better than those relying on asynchronous or ad hoc communications. I’m a big fan of holding a daily “stand-up” call during the close—one in which close process owner reviews status, highlights important milestones, reviews progress and metrics, and ensures the team is focused. Done correctly, these calls also enable struggling stakeholders to “raise a hand” with tough issues, roadblocks (“I don’t have the subledger data!”), or resource constraints.

Several firms added a second end-of-day call as another touchpoint and means of identifying issues that arose throughout the day. During “normal” times, a second daily status meeting might be too much, but as firms struggle with working in a distributed manner, it might make the difference between success and failure.

This bi-directional communication is particularly important when working from home or when your workplace is running with teams fragmented across multiple locations, where water cooler conversations that promote collaboration aren’t feasible. In organizations that were closing their books in the spring of 2020, many faced challenges balancing work-life issues. Accountants who were traditionally closing AP, for example, might be called upon for double duty—teaching their grade school children math or looking after loved ones during “normal” business hours.

Interestingly, a very human side of communication emerged as a theme in my discussions with these executives. We know the financial close is a stressful time for most organizations, even during normal times. But as we’re sheltered in place, new stressors emerge:

Will my family be OK?
Will I lose my job?
How do I keep the dog from barking during Zoom calls?
How is my kid going to get her homework done?

Firms reporting higher levels of success tended to address these stressors head on. How? By giving people time—during normal business hours, even during the close—to take time away from the job at hand to deal with personal issues. And, many showed their empathy for the challenges we all face when “business as usual” is anything but.

They relayed their care and support for their employees in a very personal way, with executives providing updates via interactive webcasts in which they, too, showed their human side, as RGP did with our virtual office hours and Virtually Yours series—a kid sitting in a lap, a dog running through the scene, a partner preparing the evening meal. The message: “We’re all in this together … and we’ll get through it together.”

Transforming Now, So You’re Ready for Next Time

We may not be able to close the books on this pandemic just yet, but we can make sure future period-end close cycles are a lot less painful. The good news is that we humans are resilient. When we encounter problems, even those we’ve never seen before, we figure out how to overcome. Leading organizations don’t just survive. They use the lessons learned as a catapult to innovate, to transform their organizations to operate leaner, to work more efficiently, automate the routine, and to strengthen themselves in anticipation of the next disruption.

Where do we look when we want to innovate? I’d suggest starting with the three areas above: process, technology and communication.

It’s hard to fix a process if you don’t have one (or not everyone knows what their role is in executing it). Use process mining tools to enable data-driven analysis of how your processes really flow. Get outside help to challenge the status quo and bring in leading practices: resequencing steps, removing bottlenecks and eliminating non-value-added work. And, by all means, use the technologies that are available to facilitate communication, collaboration, and automation.

If your organization doesn’t have written procedures such as narratives and process flows, start there. Adopt regular, effective communications to ensure your teams are synchronized, even when the work has to be performed asynchronously. Train and review your personnel—and empower them to identify issues that hinder your performance. 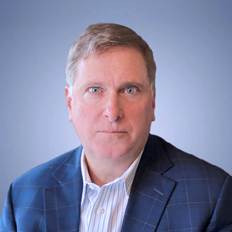 Top 20 Insights of ’21: Talent Is the Through Line for Transformation

Nimble Finances: Why Now Is (Still) the Time for Finance Transformation

Previous Article No More Delays for Lease Accounting Deadline
Next Article Top 20 Insights of '21: Talent Is the Through Line for Transformation
Scroll To Top